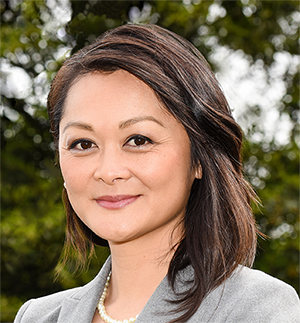 City Administrator Chu oversees 25 departments, divisions, and programs that include the Department of Technology, Office of Contract Administration/Purchasing, Real Estate, County Clerk, Fleet Management, Convention Facilities, Animal Care and Control, Medical Examiner, and Treasure Island. She is responsible for a 2,700-strong workforce, and an annual budget of nearly three-quarters of a billion dollars.

During her time as the Assessor, her office generates over $3 billion in annual revenues for vital City services and for public education. Her efforts in overhauling the operations and performance of the office and in successfully reversing a decades-old backlog earned her office the prestigious 2020 Good Government Award, an honor recognizing excellence in public sector management and stewardship. She also implemented an in-progress lien date construction value process which increased enrollments from under $500 million in 2014 to over $11 billion in 2018. Cumulative growth in the total assessment roll contributed to over half a billion in property tax revenues above forecasted expectations, which resulted in the State’s return of ERAF dollars to San Francisco, in addition to over $2.6 billion in increased bonding capacity for road repairs and needed public infrastructure work.

Chu also overhauled the office’s outdated technology and processing infrastructure. In August 2020, she launched a new public records system which improves service to taxpayers and adds functionality and safeguards for City staff. The project will empower more efficient operations, reduce revenue at risk, improve transparency, and enable audit and tracking functionality. Prior to these implementations, the office launched electronic recording and automated online annual business filings to ease taxpayers’ interactions with the office. Chu also lifted a standards function in the office, employed regression analysis, real time production data tracking, GIS mapping, and in 2016 streamlined workflow management and access to critical property information for over 211,000 properties by launching the Assessor’s Information Management System (AIMS), where over 3 million images are now secured and easily accessed by staff on and offsite.

As County Recorder, Chu took important steps to ensure accountability. In 2015 she initiated the office’s Transfer Tax Audit program which has identified close to $40 million in underreported or unreported transfer tax. Recently, she sought to tighten San Francisco’s transfer tax laws by working with the Board of Supervisors to strengthen the City’s ability to collect unpaid transfer taxes and to close loopholes for legal entities. To ensure accurate accounting of public physical assets, she worked with the Board of Supervisors to pass mandatory recording requirements to capture intra-governmental transfers of property.

In 2013, Chu and her staff were proud to be the only County Recorder office in the State to remain open the entire weekend when California first resumed same-sex marriages. As a result, 479 couples were able to immediately record their public marriages in the historical records of the City and County of San Francisco without waiting a minute longer for the same rights others experience. Advocating at the state, she also helped to draft and pass legislation to ensure domestic partnerships received the same property tax benefits as married couples.

As a public servant, Chu’s values are rooted in her experience growing up a daughter of immigrants. In 2017 she launched the Bay Area’s first Family Wealth Forum, an initiative to bridge the resource gap for low-income and monolingual immigrant communities in accessing free, credible financial and estate planning services. Over 3,000 residents and their families have since received one-on-one counseling or have been helped though this program. Other efforts to expand access like launching a new public website, publicly posting annual assessment data, in-language educational videos, online resources, and forums across the City in neighborhoods such as the Bayview, Mission, Oceanside, and Sunset have earned her the 2018 Epic Awards, top honors from the California Association of Public Information Officers.

As a strong women leader of color, Chu firmly believes in providing equitable opportunities for the community. In 2018, Chu launched the W Challenge a non-partisan civic engagement effort aimed at uplifting the representation and voices of women. There were 48 non-profit organizations and 150 local women civic leaders who have helped to amplify the message of civic participation through the W Challenge so far.

Through the COVID-19 pandemic, Chu also served as co-chair of the City's Economic Recovery Task Force. Collectively, the Task Force functioned as a bridge between community, business, labor and non-profit leaders and local government/public health officials, to create a series of recommendations to help San Franciscans recover. Policy recommendations include providing for operational flexibility, reducing administrative burdens, and supporting efforts to narrow the gap for low-income and immigrant communities and communities of color. The final report with 41 recommendations was released on October 9, 2020.

As Supervisor, Chu prioritized investments and planning for long-term public infrastructure in the community, including the West Sunset Playground, Ortega and Parkside branch libraries and resilience planning at Ocean Beach. She also initiated business corridor investments, including storefront beautification projects and funding for disability access reviews. Other legislation she carried included tenant protections for victims of domestic violence, micro-contracting opportunities for local businesses, and active storefront zoning legislation for neighborhood commercial districts. She chaired the Board’s Budget and Finance Committee and represented the Board on the San Francisco Health Service System, Director of the Golden Gate Bridge, Highway and Transportation District, and was Commissioner of the San Francisco County Transportation Authority.

City Administrator Carmen Chu earned a Masters’ Degree in Public Policy from the University of California, Berkeley, where she was the recipient of the prestigious Public Policy and International Affairs Fellowship. She also earned her Bachelors’ Degree in Public Policy from Occidental College, where she received a full scholarship through the James Irvine Foundation. Currently, she is an Executive Board member of SPUR, a non-profit research and policy organization focused on developing regional solutions to cross-county challenges like housing affordability, climate resilience, economic equity and public transportation. Previously, Chu served on the San Francisco Employees’ Retirement System Board where she oversaw the investments and policies of a $26 billion public pension system.